WNA and the Alumni from Aruba by Alan "Buddy" Williams '70

In the fall of 1966 two students, Gordon Hendrickson and Corinne de Ruyter arrived at West Nottingham Academy from the far and distant Southern Caribbean Island of Aruba, Netherlands Antilles. Over the next nine years, eight more students would follow their brave steps to come to the United States and attend West Nottingham Academy. All of these alumni where from a community located at the south east end of the island known as the Lago Colony, later known as Seroe Colorado. The colony served as a residential community for the employees and families that worked for the Lago oil and Transport Company LTD, a subsidiary of the Standard Oil Company. The colony was mostly self sufficient with a commissary, hospital, schools, a bowling alley, a church and swim club. The refinery was located just west of the community and adjacent to the town of Sint Nicolaas. In the 1940’s the refinery grew to become one of largest in the world. In the mid 60’s the colony population started to decline and the high school was closed. Families began sending students to private high schools with tuitions being paid by the oil company. To our good fortune several families chose West Nottingham Academy. Students which followed Gordon and Corinne were Inga de Ruyter, Gail Storey, Helen Hendrickson, Patricia Storey, Jacques Van Schouwen, Steve Van Schouwen, and Larry Soderston.

While touring the academy he noticed that the Netherland Antilles flag was not displayed in the Foutz Hall Dining Room. In the dinning hall are flags hanging from the ceiling rafters which represent the countries where alumni have come from. There are currently 85 flags displayed.

Shortly afterwards Gordon sent a Netherlands Antilles flag which represents the flag used by the island of Aruba at the time he attended WNA.

Alumni who attended WNA from Aruba will be celebrating their 50th anniversaries between 2019-2024. A group celebration at one of the Alumni Weekend events could be very special. If you have current contact information for anyone of the above listed Alumni please contact Jess Ajitsingh at 410-658-4958 or email her at jajitsingh@wna.org. It would also be helpful if one of the alumni would step up, assist in contacting alumni and the planning of something special for Alumni Weekend. Gordon supplied the flag, now we need you.
Come join us in celebrating your history at West Nottingham Academy.

---
Please enter all required information.
Let us know what's new in your life!  Have you recently started a new job, moved, been married, had a baby, or accomplished something exciting?  We want to hear form you and share with your Academy classmates and friends. 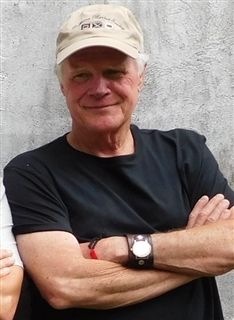